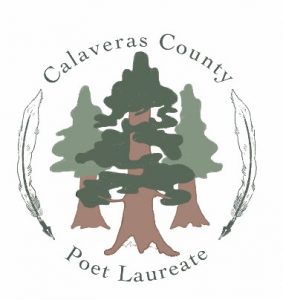 MEDIA RELEASE from Friends of the Calaveras County Library

Appointments will be for two-year terms. The honorary position is without salary although an annual stipend will be provided. 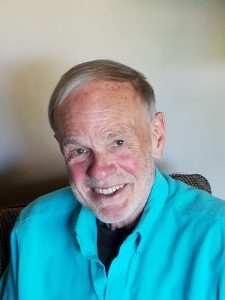 “POETRY SAVED MY LIFE. It helped me to go in sane and come out sane. In and out. The Balance. It helped put into perspective all my international explorations. I had guided groups to well over a hundred countries. Poetry was a vehicle for the distillation and grounding of those experiences. The same was true for all the other elements of my life; the workplace, my relationship with my family and community, and my connection with the natural world. It was always a meditational tool. It helped me to be in touch with the more unseen part of myself. The transcendent. The part that was larger than my individual self, but affirmed it. The part that always brought me back to the present moment, connected me with whatever the circumstances of my life were, and interconnected me with everything else.

I believe the poetic element is a part of everyone, even if they don’t know it. And that it has the potential as a tool for, those that are so inclined, enriching their self awareness, and giving an added sense of direction to their lives.”

I have published seven books of poetry, each about fifty pages. They were all published by “Small Poetry Press” in Pleasant Hill, CA.

Although I lost dozens of journals, and a number of manuscripts I had been working on, in the Calaveras Butte Fire, I did manage to save a half dozen manuscripts for potential future publication.

I never made much of an effort to send individual poems to magazines, literary journals, or newspapers, but I did have some of my poems appear in San Francisco Ecology Center News, World Prayers, Manzanita Writers Press’s Manzanita: Poetry and Prose of the Mother Lode and Sierra series and Out Of The Fire anthology, a British literary anthology, a men’s group journal, and several independent literary blogs that had somehow pulled them out of my books.

I gave a number of readings in various bookstores and cafes in San Francisco, Berkeley, The East Bay, and Marin County.

Coupled with this was a series of Multidimensional Journaling workshops that I have conducted, combining journal entries, poetry, art work, collage, and news clippings as a way of stimulating greater creativity in ones’ work, academic studies, artistic pursuits, and family.

My general work in the world

For the past sixteen years I have been “Director Of Community Relations And Development” at Ironstone Vineyards. I have represented Ironstone locally, regionally, and statewide. I’ve been their “Concierge,” developed a three-hour educational wine history tour of the vineyards, and trained dozens of employees to be able to conduct a good part of it.

I was on the Board Of Directors for “California Travel Association” (CalTravel), the influential, unified voice of the travel and tourism industry in California, for four years. Its mission is to protect and advance the Industry’s interests and investments through advocacy, collaboration, and education.

I was on the Advisory Board for the Calaveras Enterprise for four years.

I was on Columbia College’s Advisory Board to assess the development of tourism in Tuolumne, Calaveras, and Amador counties for two years. I’ve given numerous talks on Gold Rush history, the wine industry, and agricultural tourism in the foothills. I served as the “West Coast Regional Sales Manager” for sixteen years at Travel Corporation of America (Travcoa). I conducted groups to well over a hundred countries, throughout Eastern and Western Europe, Africa, Asia, The Middle East, South and Central America, the South Pacific and Indian Oceans. I developed and presented global travel talks to travel agents on the west coast, and around the country, and was a key note speaker at various conferences.

American International Travel Service (AITS), Chestnut Hill, MA. My travel experience started with them after college. As a Tour Director, I conducted groups through The Hawaiian Islands, Europe, The Orient and Southeast Asia, and South America. 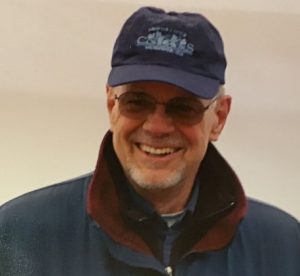 Below is a poem by Conrad, from the anthology, Out of the Fire,

published by Manzanita Writers Press in 2017.

45 Years of My Words Away

So how do I write about something

and post card from the three kids, Margaret, family, friends.

A goldrush mine of memory

that I wanted to dig into in retirement to shovel, rake, sift, pan and separate all the nuggets from the general debris.

Everything else melted or bent or pulverized into soft, fine ash.

Even the half dozen cords of wood

in the open field

that were chain sawed, split, stacked neatly in geometric rows

the drought-dried summer simmering heat to perform their duty

in the Vermont Casting wood stove

the slopes of the Sierra

but a handful of delicate fine ash.

The power of the flame to totally dissolve

Every nook, valley, slope, hill creek, drainage on the acreage

nakedly exposed beyond all my years  of intimacy with them.

There were some ghost books that lay on their backs, binders spread open,

at a hundred and eighty degrees

an accordion of pages eerily beckoning

to be picked up and played

collapsing with their final breath when delicately touched

by a finger cautiously seeking that final secretive tale.

reminding me of archeological sites I visited around the world

of leaving the walls to be buried

a new forest monument to my family living

for a short period together at the edge of the grid

spread around the property weaving a genetic thread

from the Old World to the New.

When Margaret and I drove back the first time and got out of the car, both of us thought

one of us whispered, The silence—it’s so quiet here.

beyond the cherished silence that had nurtured us

Or, a fresh, new field of dreams?

Yet to be written.

The position of Calaveras County Poet Laureate, as established by Friends of the Calaveras County Library, will honor local outstanding poets, integrate poetry into the community, enrich the education of our young people, and enhance the County’s position as a cultural center.

Appointments will be for two-year terms. The honorary position is without salary although an annual stipend will be provided. Applications will be accepted now through March 15th. The poet must reside in Calaveras County.

Each application must contain:

The Poet Laureate’s named duties over the period of his/her appointment include: